Arena football and Indoor football seem like the same thing, right? They’re both indoors, they both have a 50-yard field, both play 8-on-8, and everything looks very similar to each other. However, there is a major difference between Arena football and Indoor football. Let’s break down the basic difference between the two. Of course, there are more strict rules to each game, but these are the ones that make each league unique.

In arena football, only one wide receiver can be in motion when the ball is being snapped. This can give that one receiver to have a head start on the defense and cause some trouble. Watch out, because defenses normally have their best defensive back on this receiver because there is already a head start. That also means that the ball doesn’t always go to the man in motion.

Arena Football is mostly common for the nets in the very back of the end zone. Not all arena leagues have these, but the most popular league, Arena Football League (AFL), uses them and has specific rules to where only they can use the nets. Other leagues like the National Arena League (NAL) or American Arena League (AAL) don’t have these nets, but they are able to, if they are willing to spend a little more money to have them.

Arena Football has more of an Ironman play to it. The whole concept to Ironman football is that players must play on both sides of the ball, whether it’s receiver on offense and linebacker on defense, or whatever it is. Ironman isn’t a rule that all leagues have to follow, but it is more common in Arena Football. 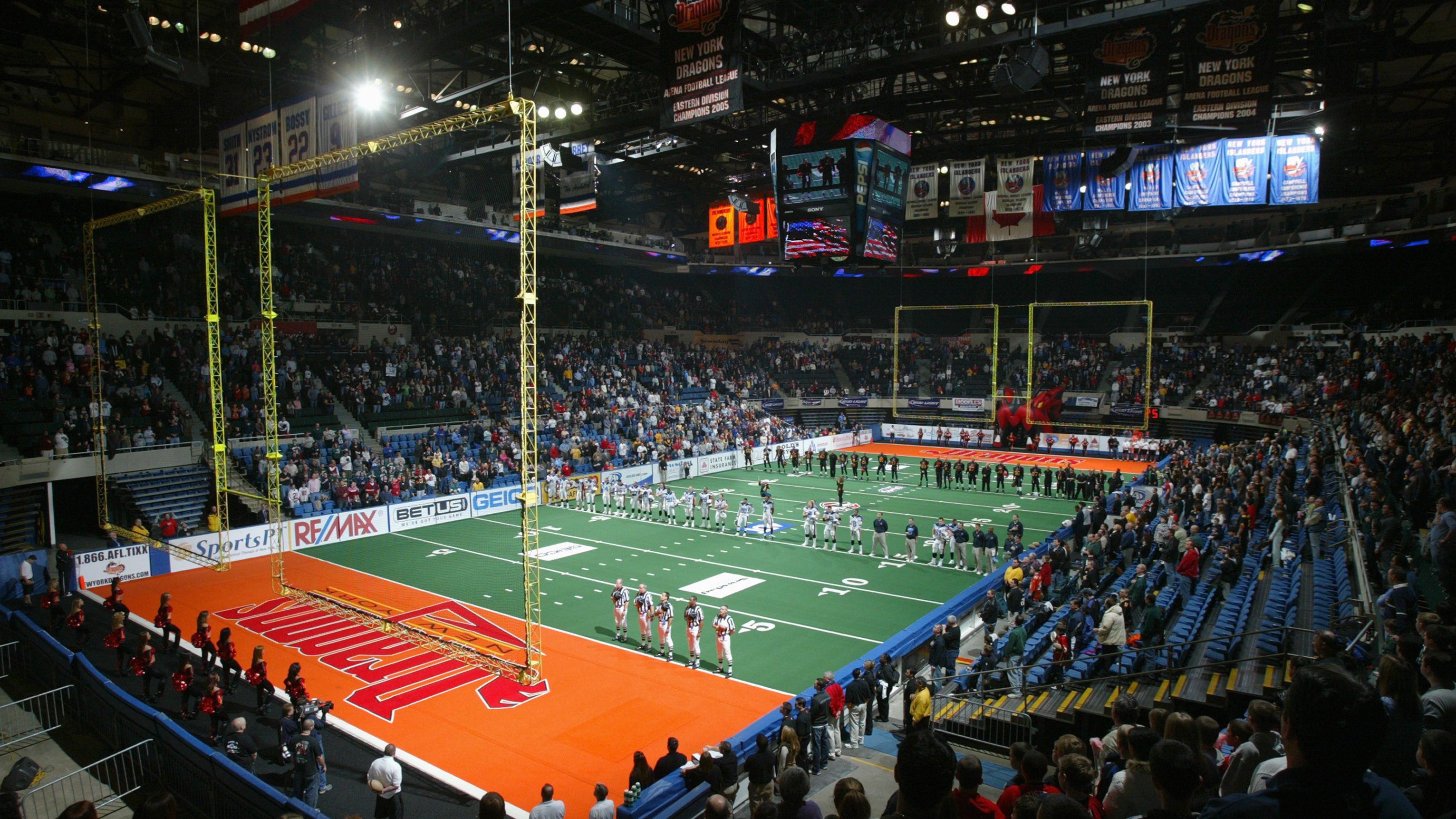 There is also an imaginary box that both sides of the ball has to stay in as well. There has to be at least five defensive players in a box that goes five yards back. Five offensive players have to stay inside of this box that also goes back five yards on their side. Again, if this rule isn’t followed, there will be a hefty penalty. This rule is made primarily so that the arena leagues are made more for passing instead of running. It’s hard to run when you have five people in one small area.

All receivers can be in motion at the same time as the ball is being snapped. If there are five receivers, all five can go in motion at any time before the snap, just as long as the offense snaps the ball in time so it isn’t a false start.

Arena Football has the Mac and Jack Linebacker rules to it, but Indoor Football doesn’t have that. Indoor Football has something called the “Alley Rule”. The Alley Rule is an imaginary box that is at the line of scrimmage and goes five yards back on the defensive side. This line is only the width of the two outside linemen on the offense. Avg free download. Nobody other than defensive linemen can be in this box or line. This ultimately limits the number of times a team can blitz and/or makes it harder to blitz. This allows more running than Arena Football, making Indoor Football more of a guessing game since there aren’t as many people in one area. It does make it harder to pass, which is most likely a big reason why all receivers can be in motion at the same time as the ball is being snapped.

Breaking it down offensively and defensively

A really successful offense in Indoor Football could be looked at as even better in Arena Football. There aren’t as many people on or near your receivers in Arena Football since there is the imaginary box in arena football.

It wouldn’t be the same for defense, since there are a lot of different rules that separate the two.

An example of a lot of players changing from Indoor Football is the 2018 Carolina Cobras. There are more offensive players because the rules aren’t entirely too different. There aren’t many defensive players changing to the arena league since it is a whole new game. You can check that story out by clicking here, where we broke down how well the Cobras did after their first week of being a team, then addressing the different rules.