It has been more than a week since Jeremy Corbyn was suspended by the Labour Party he recently led.

The Islington MP was suspended and had the party whip removed following comments he made in response to a damning report into antisemitism in the party.

The young Corbyn loyalist spoke via video link as Zahawi fielded questions at a select committee meeting. Sultana's question related to the vaccine roll-out and she asked, with a straight face, if the government had considered prioritising prison inmates. The battleground seems to be the implementation of the EHRC report, as well as Corbyn’s future in the party. While Sir Keir was elected Labour leader, the reinstatement of Corbyn after a whole 19 days suspension shows the limit of his power, which seems only to rest with the Parliamentary Labour Party (PLP).

The 130-page report from the Equality and Human Rights Commission said it found 'significant failings in the way the Labour Party has handled antisemitism complaints over the last four years'.

The report said they found 'specific examples of harassment, discrimination and political interference', but also noted 'a lack of leadership within the Labour Party on these issues' which it said was 'hard to reconcile with its stated commitment to a zero-tolerance approach to antisemitism'.

In response, Mr Corbyn said Jewish Labour members were right to expect the party to deal with antisemitism “and I regret that it took longer to deliver that change than it should” but added “the scale of the problem was also dramatically overstated for political reasons by our opponents inside and outside the party”.

The suspension of the former party leader has led to major ructions within the Labour Party and amongst its MPs.

But where do Liverpool's five Labour MPs stand on the decision?

We had a look at what our city's elected members have said - and asked those who hadn't commented publicly for a response.

The West Derby MP is a passionate supporter of Mr Corbyn and has made his feelings on the suspension very clear.

He tweeted: 'For the avoidance of doubt: Jeremy Corbyn’s suspension is wrong.

'He should be reinstated.

'The EHRC report should be implemented in full and we move forward fighting racism in all forms. Without socialism & socialists the Labour Party will wither on the vine.'

Mr Byrne was one of the members of the left-wing Socialist Campaign Group (SCG) to sign a letter calling for the party to quickly re-instate Mr Corbyn's membership.

Paula Barker is a member of the SCG but said she wasn't at the meeting where the letter was discussed so didn't sign it.

She told the ECHO: 'Unfortunately, I wasn’t at the SCG meeting last night where this was discussed.

'I think the EHRC report recommendations need to be implemented in full without equivocation.

'I would like to see this matter resolved positively and quickly with Jeremy back in the Party.

'I believe we are stronger when we are united as a party. In the meantime my focus is on supporting my constituents through what will be a very difficult winter.'

Dan Carden is a rising star of the Labour Party and was promoted to Labour's front bench under Jeremy Corbyn.

He was also given a shadow cabinet job under current leader Keir Starmer but recently quit over the so-called 'Spycops' vote.

'Jeremy is a kind and decent man who has campaigned against racism and injustice all his life. His place is in the Labour Party.

'Both Keir and I served in Jeremy’s Shadow Cabinet and fought for him to become Prime Minister.

'Even now, the grounds for his suspension remain unclear and concerns have been raised by party staff that due process was not followed.

'This has further undermined trust in the fairness and transparency of our disciplinary processes and he should be reinstated immediately.

'The whole of the Labour Party must work together to fully implement the EHRC recommendations and build a culture that’s welcoming for all communities.

'I unequivocally stand in solidarity with our Jewish members over Labour’s collective failure on antisemitism. It’s sad that what should’ve marked a moment of reflection and repair has been overshadowed.

'The people I represent in north Liverpool are facing immense hardship this winter due to the pandemic.

'The challenges posed by this crisis are unprecedented. Every day I’m hearing from constituents who can’t afford to put food on the table, pay rent or provide basics.

'They are being let down by an incompetent, self-serving government. The last thing they need is a Labour Party that is locked in a damaging and unnecessary civil war. 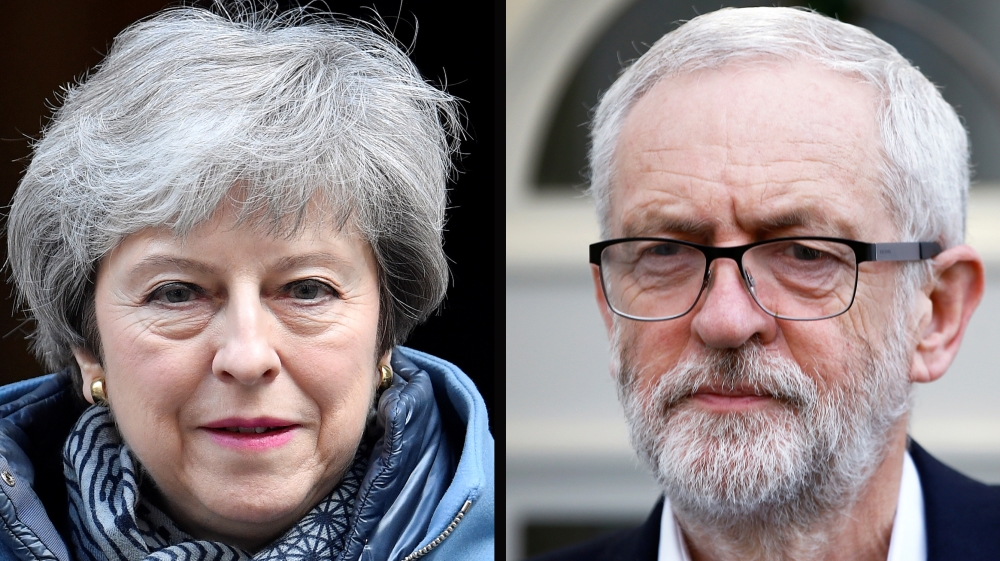 'We need to move forward with a shared focus on winning a Labour government and giving hope to our communities who deserve better.'

The long-serving Garston and Halewood MP was unequivocal in her support of Sir Keir Starmer and his response to the EHRC report.

She said: 'I strongly support Keir Starmer’s response to the very serious & shameful findings in the EHRC report and his determination to implement its findings & root out anti-semitism from the Labour Party.

On Corbyn, she added: 'The suspension of any Labour member, including Jeremy Corbyn, is a matter that must be dealt with properly through our disciplinary processes and I am sure it will be.'

The new Liverpool Riverside MP is a member of the SCG but did not sign the letter calling for Corbyn's reinstatement.

And in a notice to her constituents she said she was 'disappointed' to see the former Labour leader's response to the EHRC report.

She wrote: 'Thursday's release of the EHRC report into antisemitism in the Labour Party made for desperately sad reading, identifying a culture that is 'at odds with the Labour Party's commitment to zero-tolerance of antisemitism' and one which demonstrated a clear breakdown of trust between the Labour Party, many of its members and the Jewish community.

'This is not the Labour Party I have identified with all my life, the party that has embedded opposition to all forms of racism.

'It is not the Labour Party that the majority of members and voters want to see.

'We must recognise the failings identified in the report, take them without equivocation, accept responsibility and commit to ensuring that we put the recommendations into practice. Actions, not words.

'I am deeply saddened by the hurt caused to our Jewish members, supporters, voters and the wider community. 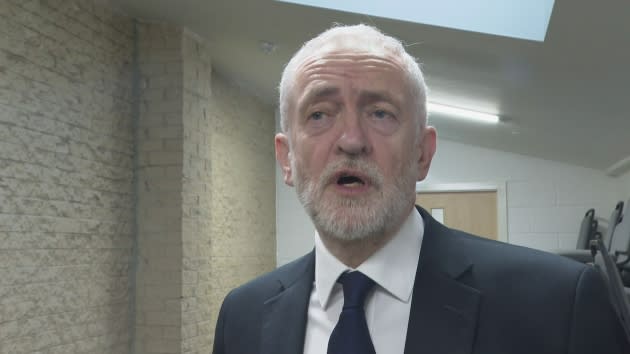 'I have reached out to the Jewish community in Liverpool Riverside and I will continue to do so, to rebuild that trust.

'I was disappointed to see Jeremy Corbyn's statement that appeared to downplay the findings as it detracted from the party's positive commitment to rebuilding relationships with the Jewish community.

'To ensure out party is an 'open and welcoming home for people of all backgrounds and all communities', we need party unity and I hope that we can resolve this situation quickly and with due process, to fight antisemitism and all forms of racism and Tory attacks on our communities: through unity and solidarity, we can build a better society built on justice and equality.'

Leaked audio has revealed Labour Party’s shadow health minister saying that the Number 10 “machine” would “safeguard security” against risks posed by the far-left Labour Party leader Jeremy Corbyn. The shadow minister also said that under Corbyn, Labour’s election chances are in a “dire” situation outside London.

Labour MP Jonathan Ashworth has admitted to the veracity of a leaked audiotape in which he is recorded slamming his party’s 70-year-old socialist leader as a security risk, and noting the “dire” electoral outlook for Thursday’s vote.

The tape was recorded by a conservative friend of Mr Ashworth, who asked the shadow minister if Corbyn were to be elected, “would he be as bad as I suspect?”

“I don’t know, on the security stuff; I worked in No.10, I think the machine will pretty quickly move to safeguard security — I mean the Civil Service machine… But it’s not going to happen! I cannot see it happening, not the way things are happening” replied Ashworth in a tape released to British political blog Guido Fawkes.

PM Corbyn Would Be a ‘Danger to Our Country’, Says Ex-MI6 Chief https://t.co/hSDPpLPtXn

The shadow health minister also bemoaned the Labour Party’s electoral chances outside of London, saying that under Corbyn the situation is “dire” for Labour.

“I’ve been going round these national places, it’s dire for Labour… it’s dire… it’s awful for them, and it’s the combination of Corbyn and Brexit….outside of the city seats… it’s abysmal out there… they can’t stand Corbyn and they think Labour’s blocked Brexit. I think middle-class graduates – remainy people – Labour’s doing well among… but not in big enough numbers to deny the Tories a majority,” Ashworth said.

Asked by his friend if there is any way of stopping the far-left Labour leader, Ashworth said: “No because we fucked it up; we fucked it up in 2016 when we went too early. People like me were internally saying ‘this isn’t the right moment’ but I got kind of ignored. But I don’t think we’re going to get there; in Mansfield, in Ashfield, it’s dire for the Labour Party up there, these traditional working areas.”

What Ashworth Says in Public Versus What he Says in Private https://t.co/0vRm4H2uvvpic.twitter.com/WuNeJHuKbi

In response to the leaked audio, Jonathan Ashworth said that the conversation was just “a bit of joshing”.

Mr Ashworth denied believing what he is recorded saying and pronounced that he will no longer have drinks with the friend who leaked the tape.

“If you leak it to Guido Fawkes, it makes me look like a right plonker,” he said.

Prime Minister Boris Johnson reacted to the scandal, writing: “Jonathan Ashworth is saying what hundreds of Labour candidates and millions of voters are thinking. Jeremy Corbyn is unfit to be PM because he is blocking Brexit.”

Exclusive Migration Watch Video: This Election is Critical, But Left’s Plans are Disastrous and Absurd https://t.co/odN0snvZmE