Apple support is here to help. Learn more about popular topics and find resources that will help you with all of your Apple products.

Apple Inc. was incorporated in 1976 and is headquartered in Cupertino, California. The company designs, manufactures, and markets smart personal devices, the Macintosh (Mac) family of personal computers, the iPod portable music player, the iPhone, and, the iPad, plus various accessories and peripherals including software, printers, storage devices, speakers, and headphones. Also important is its online music store iTunes. {18}

Apple is known for well-engineered, attractive products {7} {16} and continual innovation. {10} {11} Its early PCs were 'plug and play', and later machines retained the affection of graphics departments even though the ease of use advantages had largely disappeared. Apple pioneered the PDA market with the Newton in 1993, introduced the easy-to-use iMac in 1998, and the iBook in 1999. Most important still were the 2001 launch of iTunes, the opening of its own own stores, and the introduction of the iPod, which changed the way people listened to music. {1}

In 2002 came flat-panel LCDs for desktops, and in 2003 the release of the iLife package (with contained improved versions of iDVD, iMovie, iPhoto, and iTunes), and its fast Mac G5 PC. Apple continued its advances into digital lifestyle strategy by launching iTunes Music Store online in 2003. Through deals with the large recording companies —BMG, EMI, Sony Entertainment, Universal, and Warner — the iTunes was able to offer over 200,000 songs on its day of opening. {1}

In the early 2000s, the music industry was facing (and losing) a battle with piracy. Apple's response was firstly, beginning in 2001, to open retail stores across the US to ensure proper marketing of its products. Secondly, in April 2003, Apple launched an Internet-based music selling initiative called iTunes, making deals across the recording industry and preventing piracy with added DRM (digital recording management) software . Thirdly, hard on the heels of iTunes, Appled launched its iPod, which alone could play iTune downloads. Because iPod was an attractive product, and fitted seamlessly with iTunes, the iPod became a smash hit. The revenues of Apple grew from US$ 5.3 billion in 2001 to US$ 13.9 billion in 2005. The corresponding share price of Apple rose 305% from less than US$ 10 to over US$ 40. In 2005, some 23 million iPods were sold, and Apple stock had risen to US$ 75 by December. {3}

The iPod success boosted the brand image of Apple, materially assisting PC sales, which rose from 2.5% in the early 2000s to 4% of the US market by the first half of 2005. In the full year of 2005, Apple sold 4.5 million PCs, one million of them to Windows users who had switched over to Mac. {3}

Apple slowed the decline in sales in a saturated market by introducing new models as a 'must have' gadget (with new styling, 'touch' operation, Wi-Fi connection and increased memory) {19}, usually at high prices that were slowly scaled back as yet newer models were introduced. 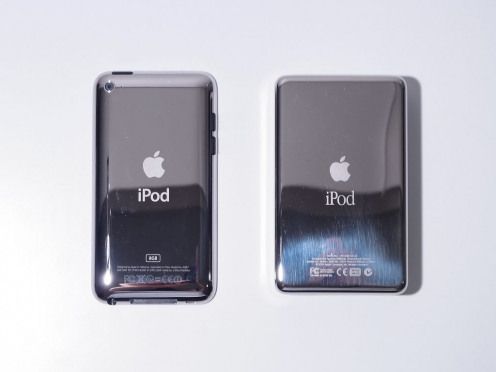 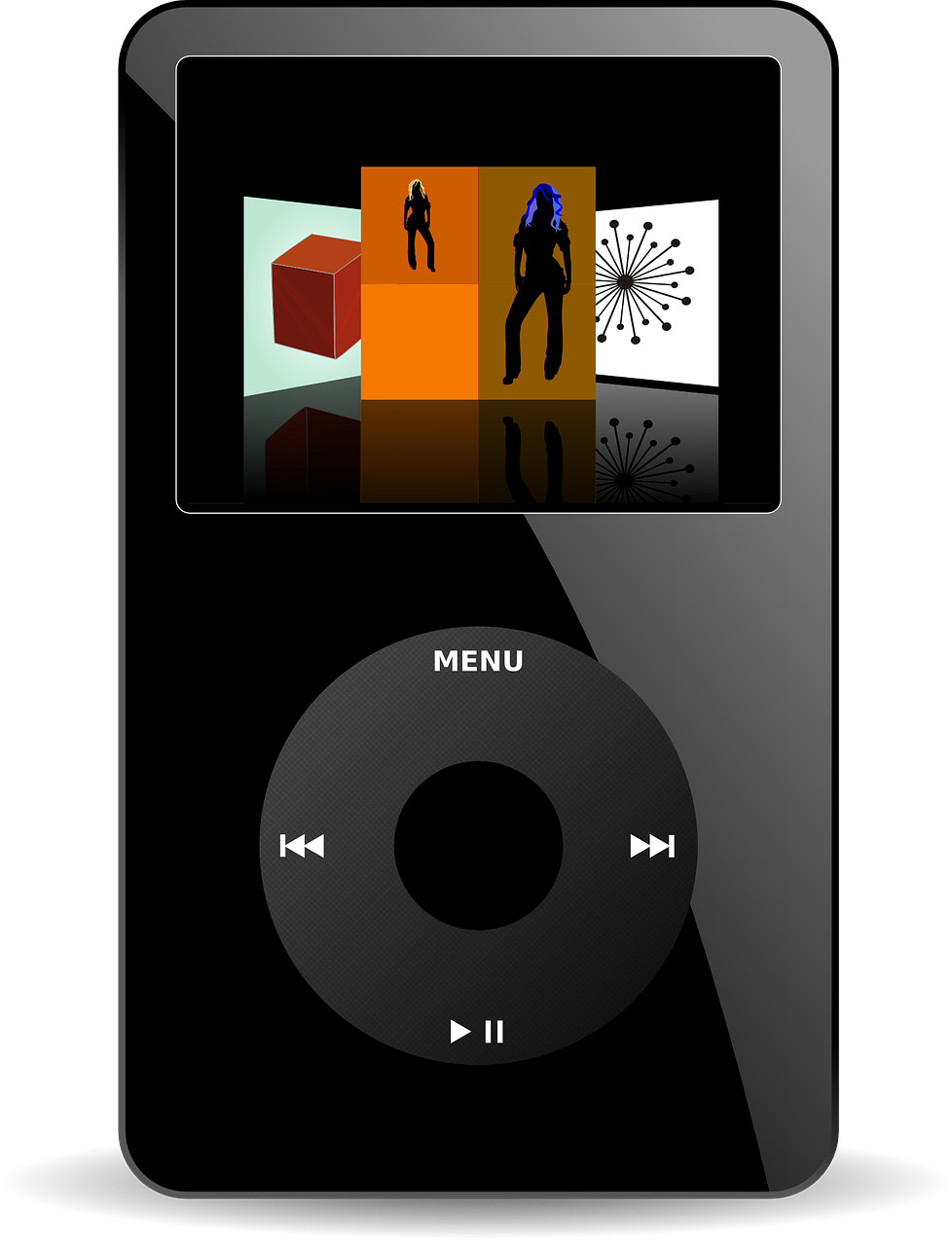 Porter's Five Forces is a business strategy framework developed by Michael E. Porter of the Harvard Business School in 1979. Since 'pure competition' in an ideal market would drive the profits of all participating companies down to zero, the model identifies five forces that prevent this undesirable result. {20}{21}

Apple did not fear supplier power because:

1. It had long-established relationships with chip and other parts suppliers.
2. Considerable competition existed among parts suppliers.
3. iTunes secured partnership agreements with the large recording companies that met their piracy concerns. {13}

Other companies found it difficult to compete because:

1. Apple was secretive about plans, and the iPod appeared suddenly, with a considerable headstart over rivals (which Apple maintained with further products). {16}
2. iPod was new technology, which competitors had to acquire, either by in -house development (lengthy) or by acquisition (expensive).
3. Apple had secured the necessary patents.
4. Apple possessed a strong brand synonymous with quality.
5. Apple built on user familiarity with Blackberry and other devices, taking customer expectations to another level. {13}

Buyers were comparatively weak as: 1. Most purchases were for individual use.
2. iTunes was a service not offered elsewhere.

Cheaper iPod look-alikes appeared, but Apple headed off the threat of substitutes by:

1. A simple-to-use seamless integration of iTunes with: iPod.
2. Branding iPod as the product setting standards. {16}
3. Marketing the iPod as one of a closed ecosystem of products built round Apple technology. {12}

Rivalry was initially nonexistent, and Apple retained competitive advantage by:

1. Continually introducing new features and adjusting prices.
2. Controlling its (own) distribution centers.
3. Management vision and consistency with Steve Jobs as CEO from 1997. {15}
4. Marketing the Apple brand as a 'cool' etc. culture. {12}

In 2007, however, Amazon introduced music downloads with DRM, and Apple had to follow suit.

Apple has enjoyed mixed fortunes, {3} but its revival with the iPod is part of a larger strategy. With the return of Steve Jobs, it: {2}

1. Listened to marketers and correctly sensed a move towards socially-determined applications, away from PCs that did everything to devices that did a few things superlatively well.
2. Focused on a few developments, ruthlessly weeding out the rest.
3. Built up the brand name with Apple communities {14}, consistency {9}, logo {10} and good design. {16}
4. Developed the iPod in conjunction with iTunes: the simple, seamless operation of the two together made both popular (as Amazon's Kindle has with wireless-delivered ebooks.)
5. Offered a far greater choice of music than was available from competitor Microsoft's Zune store. {5}
6. Boosted sales in a declining market by introducing more expensive models and judiciously reducing prices of earlier models.
7. Used R&D investment more efficiently: as a percent of sales, Apple's investment is only 4.1% compared to Google's 12% and Microsoft's 15.4%. {13}

1. Explain why the Apple iPod was such a successful product.
2. How did Apple manage the introduction of newer models and products?
3. What is Michael Porter's Five Forces Analysis? Apply it to Apple.
4. Identify the successful strands of Apple's business strategy. 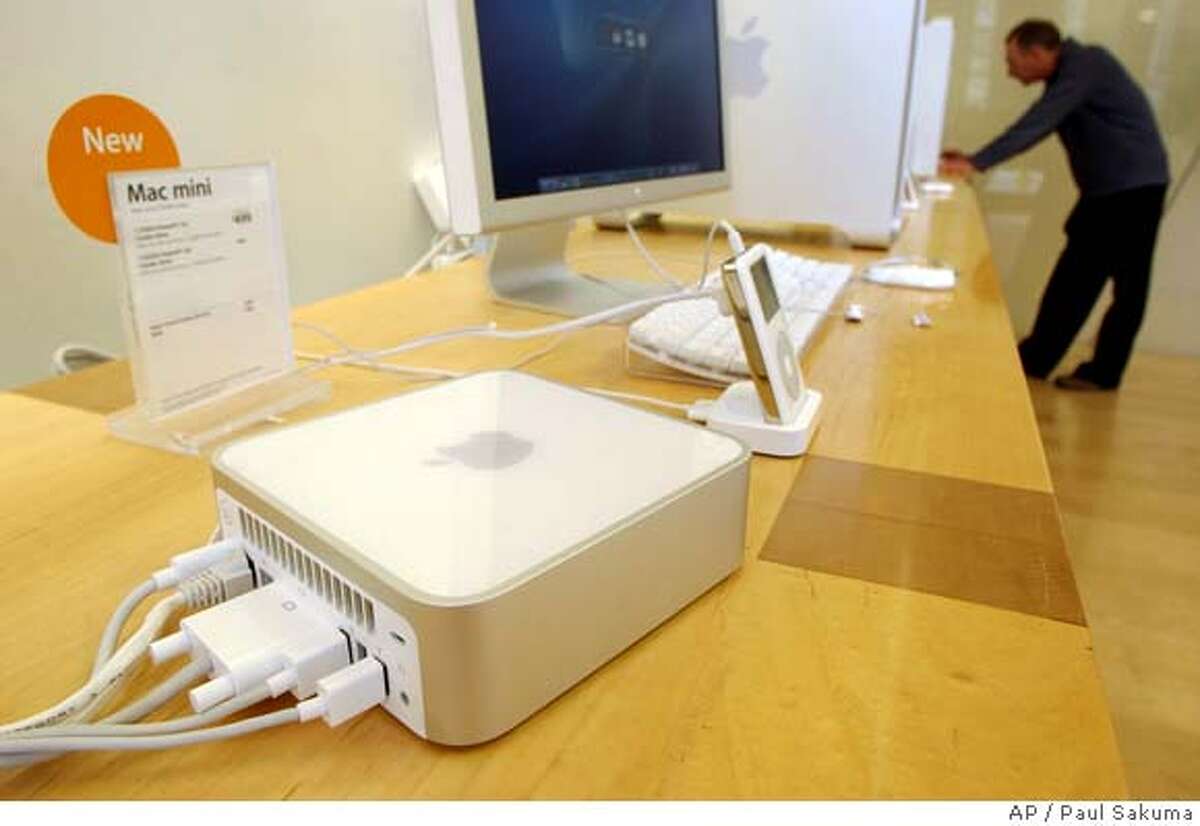 Need the references and resources for further study? Consider our affordable (US $ 4.95) pdf ebook. It includes extensive (3,000) references, plus text, tables and illustrations you can copy, and is formatted to provide comfortable sequential reading on screens as small as 7 inches.