FLAZKO'S TRUE NFL REALISM SLIDERS
Hey guys, I'm back! Last year was my first year sharing my take on realistic sliders and it was a huge success. They were one of the top rated threads here on Operation Sports and was the most downloaded slider set on Xbox One. I hope you all continue to enjoy my sliders this coming year in Madden 17.
Skill Level: All-Pro / All-Madden (Depends on Set)
Quarter Length: 15 Minutes (User Preference, must use between 10-15 mins to get proper amount of plays, but use what you like)
Play Clock: On
Accelerated Clock: On
Minimum Play Clock Time: 13 Seconds (Use 12-18 seconds)
Game Speed: Normal (Your choice)
Auto Flip Defensive Play Call: Off
Ball Hawk: Off
Auto Strafe: Off
Heat Seeker: Off
Switch Assist: User Preference
Coach Mode: Off
Injuries: 50
Fatigue: 65
Player Speed Parity Scale: 60, 90, 0
(YOUR CHOICE!)
(60; Players get their separation and are dangerous with ball in hand or on deep balls but are not overpowering. The difference in Speeds are noticeable and there's a good chance for downfield bombs to be successful.
90; Footwork is amazing, Big Plays are earned and the game is more of a battle, Speed Ratings still matter but are not depended on. The downfield deep passes are still there but are much more rare to be successful. The NFL is said to be a 'Game of Inches' and that's exactly what you will get with this setting.
0; With the setting at 0, there's no assist when it comes to speed. Player's true speed ratings are shown. Elite Speed players are more dangerous than ever and will leave you in the dust if given enough separation. The cpu will keep you on your toes when you're on defense, be aware of those speed RBs and WRs or you will pay for it!
Use what best suits your preferences.)
Penalties
My Penalties may seem a bit high but penalties are a huge part of the game, they at times negate a big play / score or give a team a lucky break and a fresh set of downs.
Offside: 70
False Start: 55
Offensive Holding: 60
Defensive Holding: 75
Facemask: 55
Illegal Block In The Back: 50
Roughing The Passer: 50
Defensive Pass Interference: 70
Offensive Pass Interference: On
Kick Catch Interference: On
Intentional Grounding: On
Roughing The Kicker: On
Running Into The Kicker: On
*On a side note: When using minimum play clock run off (accelerated clock) between 10-13 seconds, you will see an occasional Delay of Game penalty called

*Raise or Lower sliders to best fit your skill level or preference after playing a few games. Lower what is too difficult for you or Higher what you want to make more challenging. Only you can dictate exactly what results you are searching for and what will satisfy your preferences in gameplay.

Red Set
(FOR EXPERIENCED GAMERS, ONLY RECOMMENDED FOR THOSE WHO WANT A TOUGHER CHALLENGE WHILE TRYING TO KEEP IT AS REALISTIC AS POSSIBLE. THIS SET IS BASED AROUND DEFAULT (50) SLIDERS.)
Use ALL-MADDEN Difficulty
Game Speed: Normal
Speed Parity Scale: 50
On Field Visual Feedback: OFF (This is a must for this set)
All Assists OFF, except for Switch Assist! (Recommended)


Flazko's True Simulation Set (All-Pro Version)
Logic: This set is purely to give a balanced gameplay between User and CPU and give you a true simulation game play for those who enjoy using All-Pro difficulty. You want a tough challenge without having to use All-Madden? This is for you. Adjust to your liking. Enjoy!
ALL-PRO
15 mins / 13 sec (or use 10 mins / 20 sec)
Game Speed: Normal
Injury: 45
Fatigue: 65
Speed Parity Scale: 50
On Field Visual Feedback: OFF
All Assists Off!
*My Penalties & Auto Subs*

Flazko's True Simulation Set (All-Madden Version)
Logic: This set is made to give you the best simulation style gameplay for those who enjoy All-Madden difficulty. It is intended to make the game balanced between the User and CPU without the boost All-Madden gives the CPU. Adjust to your liking. Enjoy! 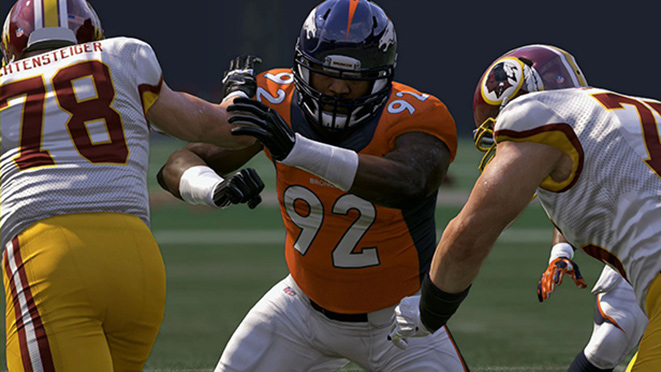 Madden NFL 17 was released on August 23, 2016. The features in the game include an upgrade of the Ground Game, a redesigned and better Franchise Mode. 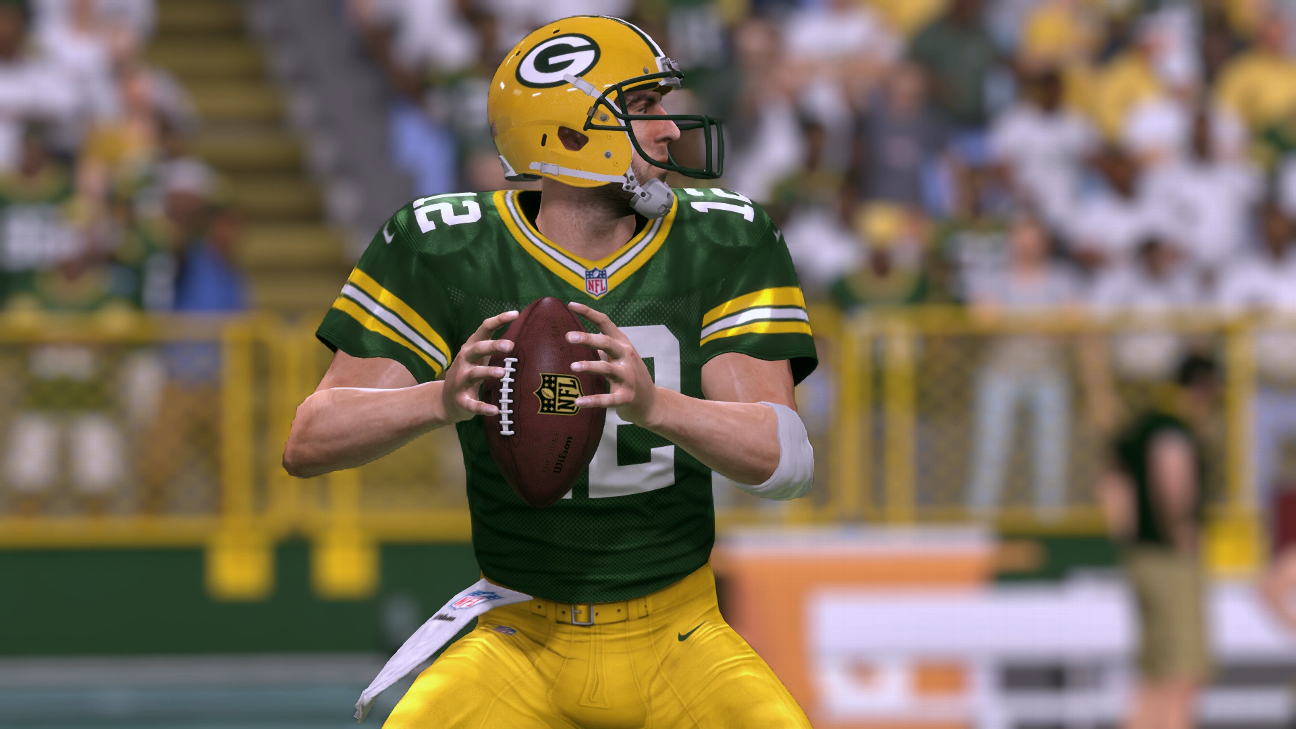 On May 12, EA Sports uploaded a trailer to YouTube.[2] They also revealed the new features that were added to the game,[3] which include an upgrade of the Ground Game, a redesigned and better Franchise Mode, 'Madden 365', new Ball Carrier UI Prompts help teach moves available to you, while the new Path Assist helps you navigate and anticipate down field[4] and more. They have also announced that they would hire new announcers, Brandon Gaudin and Charles Davis.

EA decided not to allow Madden players to vote for the Madden NFL 17 cover athlete, announcing it on May 12, 2016 via the SportsCenter Twitter account. After losing the Madden NFL 16 cover vote to New York Giants wide receiver Odell Beckham Jr., New England Patriots tight end Rob Gronkowski was announced as the cover athlete of Madden NFL 17.[5] 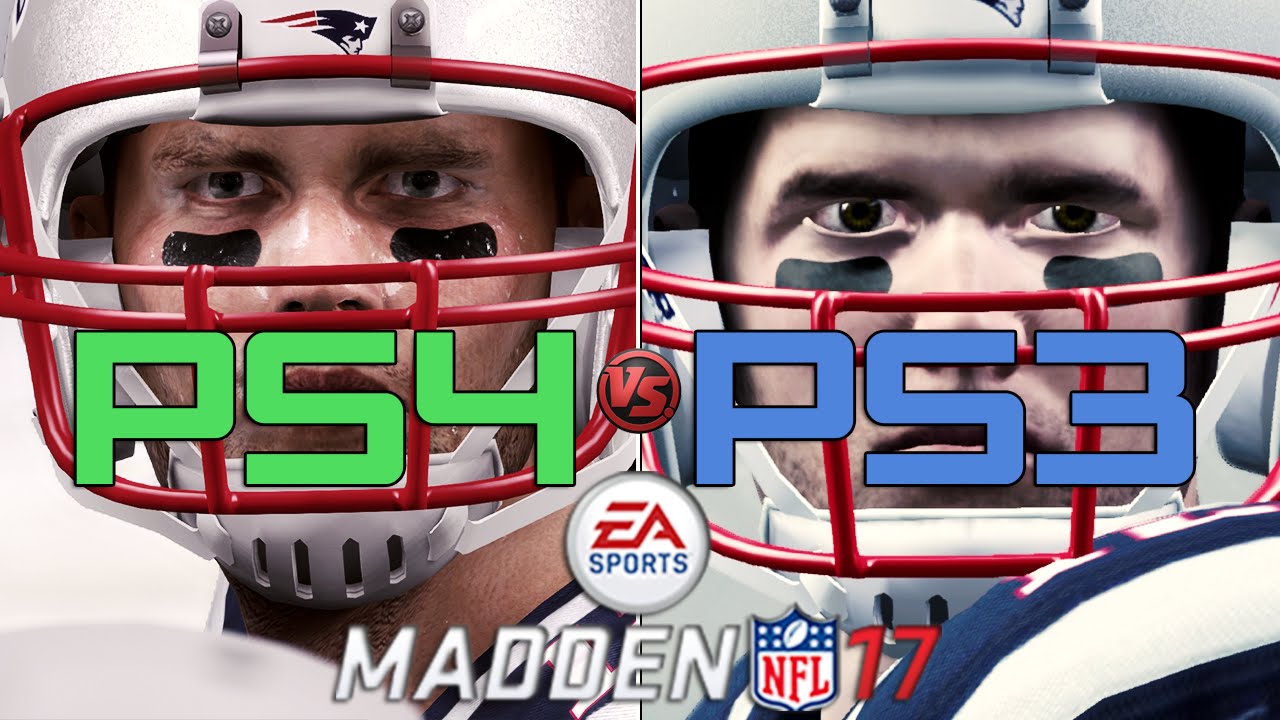 Madden NFL 17 Cosmeticsmac cosmetics outlet uk. has developed a new ground game mechanic that provide players a more balanced experience. In addition to this, the new defensive AI puts players' teammates into positions to stop the run or pass game. Features such as Ultimate Team and Franchise mode will make a return, however, many of their features have been revamped and upgraded.[citation needed]

On August 3, 2016, EA Sports announced the soundtrack for the game, which would feature 40 songs, including 2 Chainz, Flume, Steve Aoki, Logic, Blake Shelton, Brantley Gilbert, Bishop Briggs, Flo Rida, Flux Pavilion, Pusha T and Lil' Wayne. The soundtrack was also made available for streaming on Spotify.[6] The original score of Madden NFL 15 also returns in game and can be played through EA Trax. 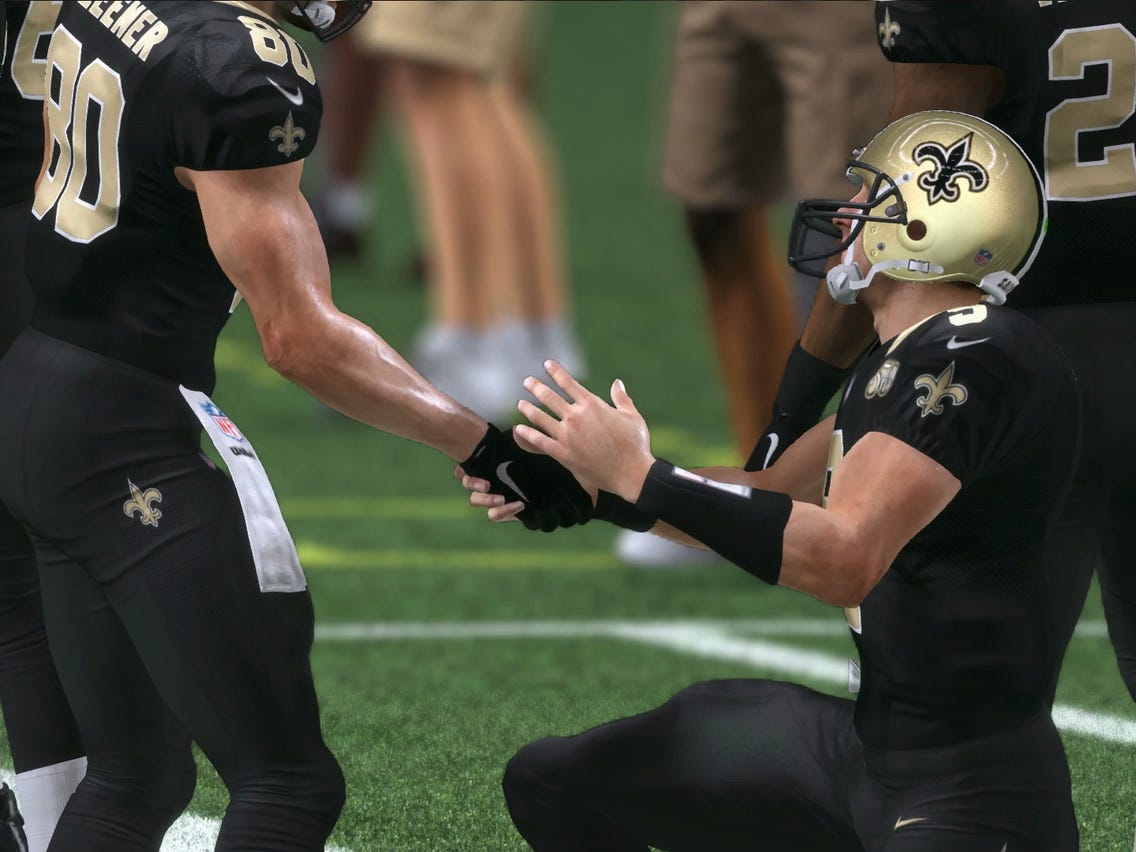 According to review aggregatorMetacritic, Madden NFL 17 received generally favorable reviews. IGN awarded the game an 8.6/10, praising the improved franchise mode and defense, but were disappointed in the game's commentary. GamesRadar gave it 4/5, saying: 'With major changes to some of the game’s core mechanics, and an impressive revamp of the now marquee Franchise Mode, Madden 17 has done its best to avoid [accusations of phoning it in and failing to make significant progress], and succeeded.'

According to the NPD Group, Madden NFL 17 was the best-selling retail game in the US in its month of release, but its launch month sales failed to surpass that of its predecessor, Madden NFL 16.[14]