NBA 2K21 is the latest release in the world-renowned, best-selling NBA 2K series. Click here to buy the Standard Edition or Mamba Forever Edition NBA2K21. The dunks, fadeaways, shoes, music, and more—see how Everything is Game in the Current Gen Gameplay Trailer for NBA 2K21.

NBA 2K21 will be available on Google Stadia, Nintendo Switch, PlayStation 4, Windows PC, and Xbox One at launch in September. Pre-orders for those platforms are available now.

The base edition of NBA 2K21, on PC, PS4, Switch, and Xbox One, goes for the usual price of $59.99. It’s the one with the Portland Trail Blazers’ Damian Lillard on the cover.

“Base edition” means just that, no extra freebies, although 2K Sports is dangling a line of virtual goodies for those who pre-order the game. They include:

Critically, this standard edition does not include any upgrade to the Xbox Series X or PlayStation 5 versions, if you buy it on either of those consoles’ predecessors.

This is the only special edition on offer this year for NBA 2K21; it’s available for Switch, PC, PS4, and Xbox One. The late Kobe Bryant, who had a close promotional relationship with 2K Sports for the past decade, stars on the cover. It costs $99.99.

This edition starts players out with 100,000 Virtual Currency and gives them the Zion Williamson Digital Collection, which is the same thing as the Damian Lillard Digital Collection above, just with the young New Orleans Pelicans star swapped in.

It also gives owners a code to download NBA 2K21’s standard edition on PlayStation 5 or Xbox Series X (if purchased on PlayStation 4 or Xbox One, respectively). This FAQ on 2K Sports’ site says that Mamba Edition buyers will get another 100,000 VC in their account when the next-generation version launches (it’s expected in November, but 2K has yet to announce anything official). Those customers will need to launch their next-gen version of NBA 2K21 and redeem the code there to get the bonus currency, but that bonus will be usable in either version of the game. Progression in MyTeam will also carry back and forth between the current- and next-gen versions. 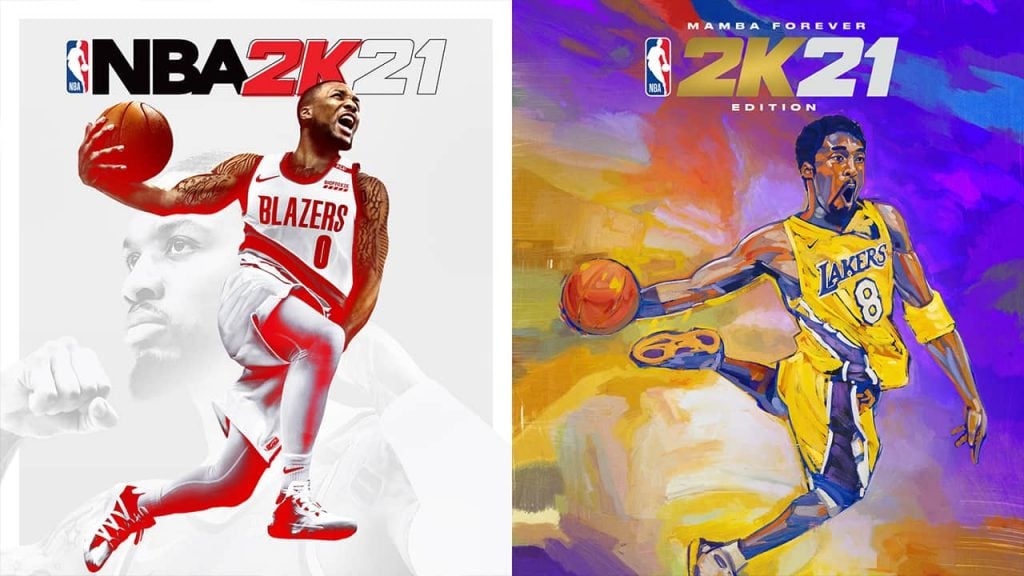 Pre-ordering the Mamba Forever Edition of NBA 2K21 adds another raft of digital content incentives. They are:

For big Kobe Bryant fans, pre-ordering the game through GameStop delivers a physical premium — a medallion commemorating the two jersey numbers (8 and 24) that the Los Angeles Lakers retired for Bryant on Dec. 18, 2017. 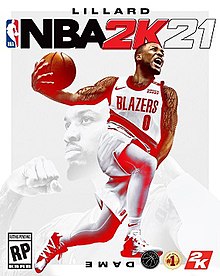 The physical and digital versions of the PS5 and Xbox Series X Mamba Forever Editions include a code for the previous-generation console’s base copy of NBA 2K21, plus the Damian Lillard collection, but that’s it. Pre-orders of the next-generation version of NBA 2K21 don’t include any pre-order incentives, either.

2K Sports hasn’t said yet how NBA 2K21 will be different on next-generation consoles. When the PlayStation 4 and Xbox One launched in 2013, developer Visual Concepts gave NBA 2K14 for those consoles a separate story-based mode that became the foundation for MyCareer, as well as the first MyGM mode. However, the next-gen versions then did not have the LeBron: Path to Greatness challenge series that was a centerpiece of the Xbox 360 and PS3 versions.

Get it here: Best BuyGameStopWalmart2K Store

NBA legend Charles Barkleyexplained why he isn’t in the NBA 2K series as a commentator. In a Q+A for a sports broadcasting camp, Nick’s Trick Shots asked the TNT personality why he chooses to be on the sidelines for the wildly popular sports simulation game. Ernie Johnson, Kenny “The Jet” Smith, and the gregarious Shaquille O’Neal all lend their likenesses to 2K. But, the immersion falls a little bit short when the entire NBA on TNT crew isn’t there to share in the jokes and banter. Barkley says that he’s trying to look out for the older players that might not have been as fortunate as the current crop of performers. The Suns Hall-of-Famer wants the company to pay the retired NBA players instead of offering him the money. As of now, that arrangement hasn’t materialized but 2K keeps calling hoping that the outspoken studio analyst will change his mind.

“I get asked this a lot. They pay those guys to do it and they make 300 million dollars a year. An they pay the guys chump change. I’m like, ‘No, I’m not doing that,’ I said this is what I’ll do, because just giving me some money doesn’t help anybody.”

“There’s the misconception out there that everybody’s been making a gazillion dollars our whole life. There’s players older than me who didn’t make any money. Those guys probably need the money and that’s why I’m not in the video game.”

NBA 2K21 is out on PS4, Xbox One, Nintendo Switch, and PC. With PS5, and Xbox Series X versions coming at launch. Below, check out the official pitch for the game, courtesy of 2K Games and Visual Concepts:

'NBA 2K21 is the latest title in the world-renowned, best-selling NBA 2K series, delivering an industry-leading sports video game experience. With extensive improvements upon its best-in-class graphics and gameplay, competitive and community online features, and deep, varied game modes, NBA 2K21 offers one-of-a-kind immersion into all facets of NBA basketball and culture - where Everything is Game.'

How have you enjoyed NBA 2K21? Let us know in the comments!