Warframe is a complicated game, there are a lot of things to understand which might overwhelm a new player. There are damage types, different factions that have a different vulnerability, different elements and a lot of other stuff.

Before breaking down everything, let’s read a funny story

Physical damage is the most common type inflicted by weapons. It is useful against standard flesh enemies but is weak against anything armored. Shock damage is great against automechanical,.

My Funny story – When my friend was new, I took him to the Kela De Thaym boss fight, back when it was introduced. We were doing pretty well, the boss had a fraction of health left, I and one other squadmate were already dead. So the new player was only one left, I asked him why it is taking him so long to kill her when she has only a fraction of health left, he said he isn’t able to deal damage and I asked the numbers, he told me an absurdly small vanilla number (without any elementals).

So I asked him what build he was running?

He said he didn’t have any elemental mods installed on his Soma Prime. So that is how much of a difference a right build can make. We failed that sortie mission, but he learned his lesson.

Damage dealt by players will show up on the HUD, this number is a combination of both primary damage and elemental damage. The damage indicators are as follows:

Warframe has two damages: Primary and Elemental. I am going to cover both of these in detail below.

Most weapons in the game have a combination of three damage types – Impact (hammer), Puncture (a pin puncturing a wheel), and Slash (a blade). The overall damage dealt by a weapon is a sum of all these damage types. The base damage can be increased with the usage of Serration mod (+165% damage).

Best Damage type: Slash. I have explained above why it is the best. 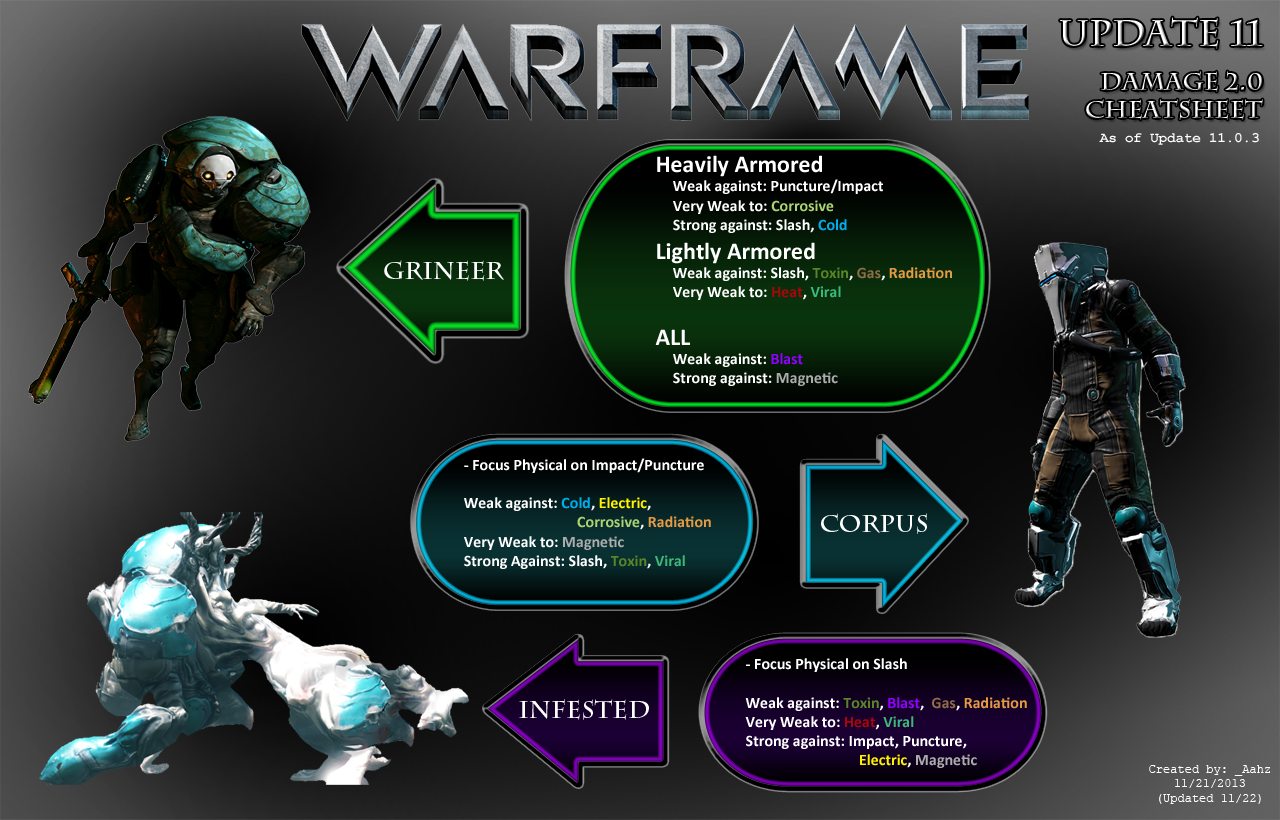 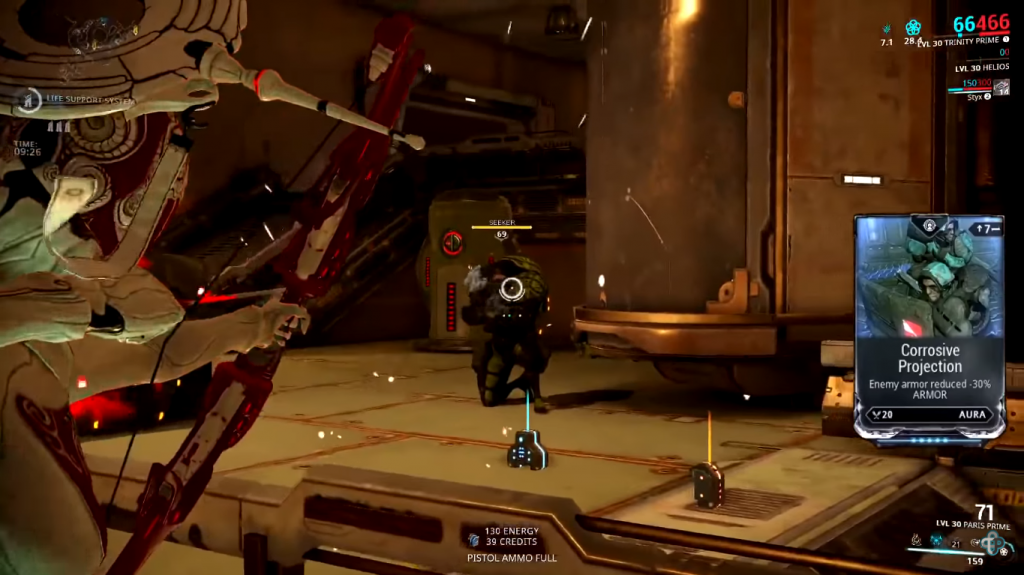 The order in which you put your mods in also matters. The hierarchy is from left to right (top to bottom). You can put multiple combined elemental damages types in a single weapon.

For example: If you put Hellfire and Cryorounds on Soma Prime, it will deal Blast damage.

Now adding Infected Clip to the combo, the weapon now deals Blast + Toxin damage as shown in the image below:

Now, swapping Hellfire with Infected Clip gives us Viral damage as shown in the picture below:

More about elemental combinations and what combination is best for what faction in the article below. The above explanation was just to give you an example of how modding works.

Best Elemental Damage type: There’s no best element type, it can vary on what faction you are fighting with. I mostly run a Corrosive build at all times since it’s an all-rounder.

Weapons that already have innate combined elements such as Penta (Blast), Nukor (Radiation) and Detron (Radiation) will always deal their own damage type. This cannot be changed by tweaking around with mods, though you can add another combined elemental damage type. For example, I can add Blast damage on top of the radiation damage to my Nukor as shown in the picture below.

The below image from Aahz will help you understand it better, this was made way back in 2013 but it’s still relevant:

These are a few unique damage types in the game that are not offered by any typical weapon.

This was all I had for the Beginner’s Damage Guide. Do comment below if you think I missed something, I’ll be happy to update it. Contactashley danielle designs clothing.

This is an album of cards that increase damage based on the type of monster. They are arranged in order of effect intensity.